Tony Scott, Federal Chief Information Officer appointed during the Obama administration and Keynote speaker at our NAv6tf event, strongly emphasized, “IPv6 needs to be part of the conversation during strategic planning in IT,” and identified a need for an IPv6 mandate for all networks to achieve an “improved state of cybersecurity.” 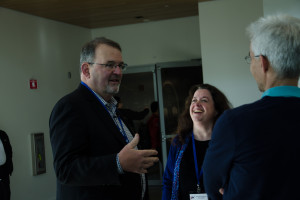 Tony also mentioned that he was working diligently on  the Modernization of Government Act and suspects the bill will be reintroduced during the Trump administration with broad bi-partisan support.  IPv6 was a mandate in his version of the Act for all new IT projects and the NAv6tf team are delighted to watch this bill make its way through congress in the near future.